If there ever was a time when Avsolom was in perfect harmony, it was at the peak of the Empire itself. Uniting the known world under one banner, the Empire stood as the guidelines for all of civilization.

Even through the great cataclysm where the land broke beneath their feet, the monarchy held onto its power. When the Myst surged and the first Magi were born, the governing power knew it had to change. Moreover, they craved to wield this power to the greatest extent possible. With over seventy million people alone in its capital city Rhisoka, they channeled all their resources into understanding and harnessing the power of the Myst.

Fueled by the greed of the nobility, the lords in power within Rhisoka began breeding powerful Magi into their bloodlines so their heirs could possess the greatest combative skill. Over time, all nobles in Rhisoka—minus a few that lost the genetic lottery— became Magi. To this day these noble families obsess over finding the strongest magi and greatest magical practices possible. To ensure the best education possible, noble children of each generation are sent to Rhisoka's Magi-schools. The nobilities obsession has influenced much of the peasantry, who attempt to do the same albeit with less success. Though they find less success, this selective breeding has left the Empire with legions of magi at their disposal. Mostly because service is mandatory outside of the nobility.

Over the past 800 years the Empire has become lax in their rulings and stagnated in their progress. With the obsession over magic, they stopped expanding and began to lose the land furthest away from the imperial capital.

Imperial Provinces: The Imperial Provinces make up most of the Old Empire's land. So long as the provinces work to uphold the Empire's laws, they're allowed to govern their lands in whatever other ways they please. When some of the provinces began to whisper about claiming independence, it was only a matter of time until the word spread throughout the Empire. Some provinces merely fly the flag to hold up appearances, but some work secretly against the Empire while others find the idea of independence foolish. 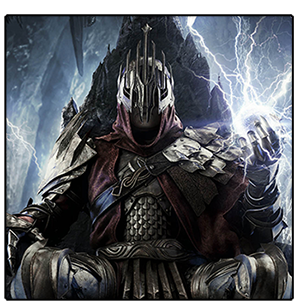 The Emperor: The seat of supreme power in the Empire, the one who sits upon it is seen as the unquestioned ruler. Currently filled by one of the oldest rulers in history Emperor Cassius Magnus with an eldest son, the rightful heir, who has gone missing and twins (one male, one female) too young for the throne. Considered by many to be obdurate in his own survival, this unique position has left the Empire in a tumultuous state politically. Though its power remains uncontested and unquestioned, the fate of the Empire going forward depends largely on who ends up on the throne after Emperor Cassius.

The Great Mages: With the exploration of Myst research handled predominately by Magi, a council was needed in which to hold the community to a standard. This included the schools within the city limits as well as those not in the capital. The mages elected to represent their kin were given the title of Great Mages as they had demonstrated control of the Myst far beyond what is seen as normal, and in doing so, have overcome the temptation of falling under its over-worldly influences. They have long since been the backbone of the Old Empire's monstrous strength, coming to fight their battles whenever called upon. However, due to the Empire's stagnation, there has been talk of them saying they should be the ones to rule.

The Imperial Parliament: No empire as large as the Old Empire can truly be governed by a single person. Much like the Mage's guild, the people have elected officials chosen to represent their individual provinces so that they can sort out day to day diplomatic affairs. These ambassadors thus report back to their territories to spread word of the Empire's newest decrees and laws. With the ever present threat of independence lingering along the provinces, less and less representatives have been showing up to council. This lack of attendance is what sparked the general consensus within the Parliament that the power should be passed to them to lead the Empire as body, and not as a throne.

The Imperial Nobility: Elevated social status, vast wealth and independent power make for a group of power-hungry families who see opportunity everywhere. Refined—but cutthroat—the Imperial Nobility are as old as the Empire itself. Their customs, bloodlines and allegiances all forged over hundreds of years have placed them in the greatest position to assume political power. With hands in everybody's pockets, the nobility stands to gain from the social breakup of the economic tiers. Should the emperor step down, any of the over-zealous could step in and take his place; though, the same could also be said about the Mage's Guild or the Parliament.