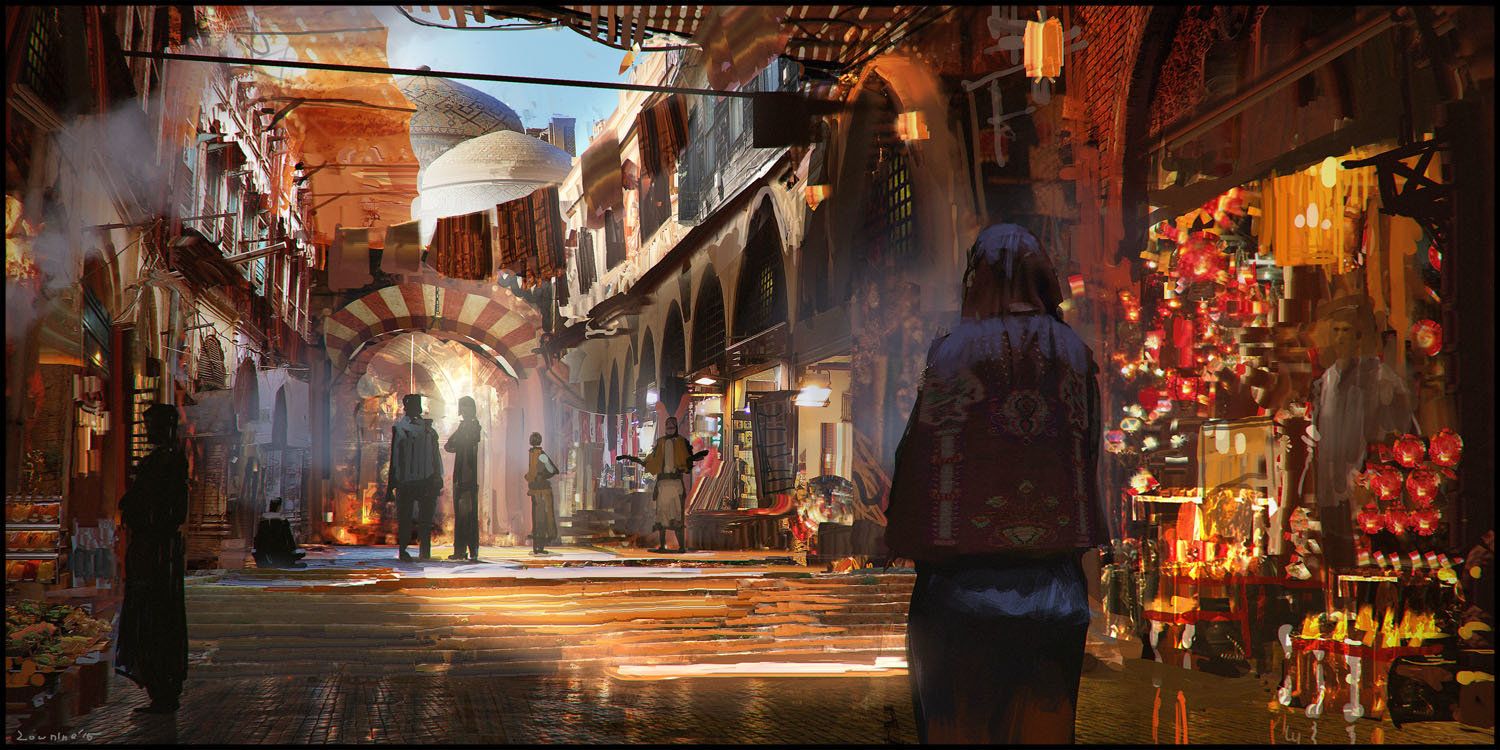 Galad and his siblings had made the mistake of underestimating mortals once before, particularly the round-eared kind. The event had left an emotional scar one he would not soon forget - time did not heal all wounds - and the very fact he now needed to adopt the shape of one sickened him greatly but what choice did he have?

Yes indeed, he was a dragon and that very fact alone should have given him the 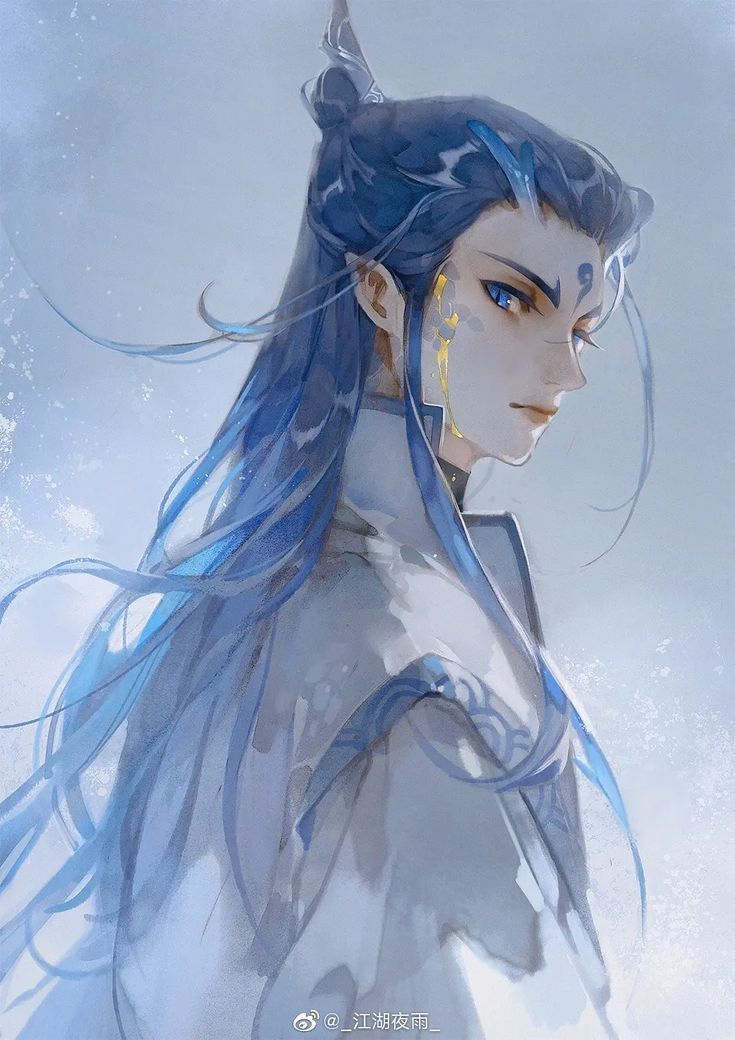 confidence to sweep aside any threat the local militia posed but making enemies of them needlessly was exactly what Valaxor would have desired. Damned, be his name. There was a reason his father had survived so long, and he knew the lesson well. That said for all the efforts he had taken in trying to conceal himself from prying eyes the shape wasn't perfect, he rarely needed to practice the art and two slight horns protruded from his forehead.

To help hide this Galad travelled in a light white robe, he'd acquired from a merchant in exchange for some shed dragon scales, coming with a hood and mask the covered his mouth and forehead it had proven to be an effective if somewhat obvious disguise. In the three days since simple reconnaissance with Tai's help had revealed their target to be a wealthy merchant who had an interest in purchasing the gem from the thief that had stolen it but without knowing when or how intercepting the transaction would prove difficult.

Galad surveyed his surroundings it was mid-day and the Bazaar was empty, his eyes locked immediately upon their target a woman he had seen frequently with the merchant. If they could somehow persuade her to help them he might be in for a chance at resolving this peacefully but first, they needed to find her alone away from prying eyes and ears. "Tai any ideas?" He whispered to himself. “Bribery is supposed to be a long used tactic, that or charming them but I rather hope your own standards are a bit higher then…this” He gestured, or rather the projected image he’d imposed over Galads eyes did, It was a skill he’d long since mastered and it was rather convention situations such as this, not that he recalled needing to do it before.

He examined the disguise his partner was wearing once more and grimaced “On another note, how exactly are you keeping your balance on those two legs? You don’t even have a tail, even those lizard things had a tail, what is wrong with these monkey things?” he was not looking forward to figuring out how to move with those and he was going to have to at some point but it wasn’t as if he had many opportunities or reasons to do so before.

He huffed and turned to examine the woman “I have a few…snacks I could spare, those in addition to some of your shedding should be more than enough to buy one’s services, or at the very least tempt someone into a meeting”
And the sooner they had done that, the sooner he could get out of this place sure there where some nice looking snacks on display but getting them without drawing attention would be hard… not to mention that darn merchant who had tried to sell them a ‘new and fashionable’ pendant.

It was becoming more often that Nova was sent into various towns to arrange for supplies to be sent to her caravan. The people that had taken her captive as a child had given her this job. Most likely it was because she was a native to the Cathwa Nation and they were the outsiders. She didn't think of like that though. In a way, she was a bridge between two worlds and didn't quite fit into either one wholly.

Her business was just about done and she would meet with the merchant one last time to make sure everything was in order to proceed. After the meeting was over, she left the shop and looked about the market, trying to decide if there was anything else they would need.

Deciding they wouldn't need anything else, she figured she could use a treat. Walking over to one of the other stalls, she checked out the selection of snacks and picked one out. Bargaining with the seller, they both appeared to be pleased with the outcome and she walked carrying her piece of the pie.

Since this was an open market, places to sit were offered. Slave or not, Nova did have some freedom here. Having completed her job, she wouldn't be expected to return to the caravan for a little while longer. As long as it was by the time the supplies arrived.

Taking a seat under the shade of a rare tree, she started eating. There was plenty of room around her and nobody else sat close.

"Charm eh?" Galad chuckled, "Is there something your not telling me Tai, this fawning over my ascetics." He replied speaking to himself, he did not disagree but he never considered his vanity in the shape of a man. "Do you suppose I should then instead kidnap her, take her to some tower and proclaim it my lair. Perhaps they will send a Knight or bargain for the stone." He laughed, "Good idea on the food though, or perhaps jewellery there are some rather nice necklaces over there."

He knew he would come to regret teasing Tai but right now any form of escapism helped put him at ease, the chains still burned but that was insignificant in comparison to the pain of his entrapment in this contract. Once the girl had taken her seat he inhaled a deep breath approaching the verdant tree.

He took his seat nearby stretching and smiling as he basked in the cool shade, "It's impressive how much is on display here, and the stories they tell especially in such scorching heat. Say what is that you are eating?" He said aloud hoping he might somehow strike a conversation.

He let loose a small rumble of displeasure at his partner’s words, true he knew they were spoken in jest but some things needed to be vocalised, like the gaudiness of some of those pieces of trash that would not, no could not live up to his glory, so what if he was a bit vain, some of galad had to rub off on him somehow.

As they approached there target he send a small ripple into the Galads pockets, depositing a few items of possible value to advance their plan, but other than that, he planned to wait...
this was his partners play, all he needed to do was keep an eye on the surrounding actors and as of now, none of them where getting to uppity…well mostly.
“And that’s number four” he muttered aloud to point out the most recent pickpocket that had just left with less than they had come with. It was almost a game at this point, an anything one but a game one the less.
Nova Soth Temeraire

Maybe she had some sort of body odor she was unaware of, but the area around her remained clear until somebody started approaching her. Whatever kept others away from her, didn't stop this man. In reality, there was nothing wrong with the way Nova smelled but that was what she was thinking.

After taking a few bites of her pastry, she noticed the arrival of the man. He chooses to speak with the slave and asked what she was eating.

Looking at her hands and the desert, she held it out slightly so he could get a better look.

"It's a pie. That vendor over there has them. Do you want one?"

The nature of a slave was to serve and that stayed with Nova even when talking to strangers. She did not expect to have to pay for more treats from her own money, but she would get more for him if he wanted her to.

Her eyes did not look at him in the eyes and instead, they rested on his chests. If he was familiar with slaves, then he should be able to figure out that is what she was.