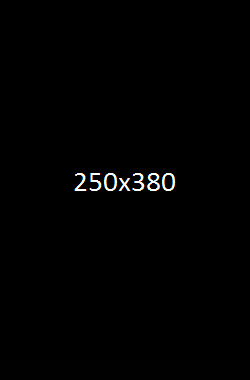 ► The Old Empire​
JOB OR RANK

Biography Smrgol Knightsbane grew as a hatchling on stories of the powerful legacy of Dragonkind, and their place on the food chain of Avsolom. Beyond fond regaling of this time in his home cave, further more pertinent details have never been disclosed to anyone. His parents perhaps lair in the mountains of Nal Akima, but this can only be speculation. Smrgol's roaming years as an adolescent are full of exciting stories of a young Knightsbane challenging other Dragons to contests of strength, or wit. Often the young dragon would be bested, only to have learned whatever lesson needed to be learned from his failings. But before these lessons can be put to good use, Smrgol grew tried of living on the wing, and decided to settle down with a rather shapely she-dragon he met on his travels. After ten years of domestic bliss, the drake then began decennial raids into human territory. Hunting for a soft metal to be used as bedding, preferably something aesthetically pleasing for his hatchlings at home. This was eventually met with retaliation, but Smrgol embraced the conflict. Believing the constant challenges, and tests of martial skill to be the high life. After he had reached his first century, these activities died down. Smrgol never speaks of it, but all sightings of an adult she-dragon within the bounds of Smrgol's claimed territory ceased. Since the disappearance of his mate, Smrgol has done little, other than nap. Knightsbane's fire has been quenched.
Personality Smrgol Knightsbane is an arrogant, greedy and tempestuous senior wyrm. Smrgol considers the younger races to be a usurping plague on Dragonkind, an infestation of egg poachers and hoard filchers. Luckily for the world at large, Smrgol's old age has given the creature a rather lazy disposition. If not for his need to eat, and occasional bouts of gold-lust, Smrgol would be perfectly content to nap in his cavernous lair for all time. However, Smrgol takes insults and challenges very seriously, and is still willing to take to violence in order to defend his name. Underlying all of Smrgol's behavior, is the core principle that Dragonkind were the original inhabitants of Avsolom, and have been betrayed by those that followed. Seeing the decline in the Draconic population as a direct result of the ignorance of the younger races. A consequence of this belief, is that Smrgol sees the world as the natural birthright of his species, all of the treasures, beauty and resources therein. Smrgol despite his years and intelligence, has a rather difficult time seeing past flattery, and word games. Smrgol considers flattery to be the natural response to his kind, and believes word games are a complement to his wisdom. Many a hoard-filch lives today because of this weakness.
Magic & Skills Smrgol is old, and lazy. This makes him both an experienced flier, and a rather tired one. Not being able to stomach longer and faster flights like in his youth, the boundaries of his territory have suffered accordingly (His lair being located in the northern mountains of the Old Empire, near Ironmere). Smrgol's habit of pillaging treasure for his bedding however, has earned the snake his moniker, being there for his talent and love of combat, though rarely exercised. Smrgol takes great pride in his ability to breath fire, believing his fire to be one of the hottest, and deadliest expressions of Draconic elemental mastery (This is pure vanity, his fire is no more or less hot than your average mountain dragon's). The Knightsbane has a truly exceptional aptitude for accurately accessing the monetary value of objects, at a glance. This rather eclectic talent of his, is a surviving remnant of his adventures as a young drake, when the course of his flights were decided by his youthful thirst for pilfering wealth. Nowadays, what would have seemed a rather simple and joyous task, would tire and exhaust the now senior Smrgol. The decennial raiding of his early days, are now the distant recollections of a better time for the sleepy wrym. His old talents are still useful however, Smrgol when awakened is a dogged and methodical hunter, and the old Knightsbane still stands as a staunch defender of his hunting grounds.
Gear