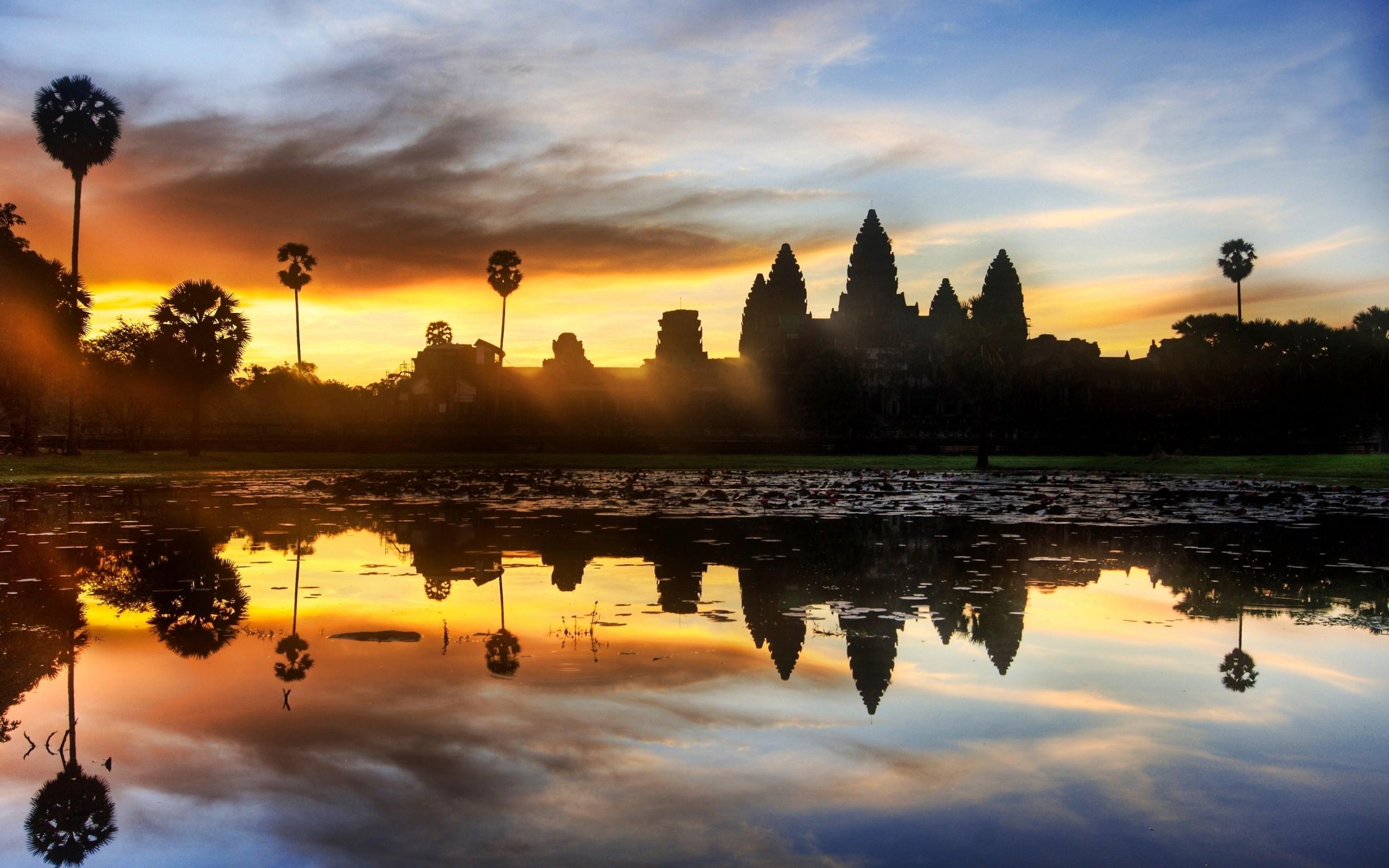 Bernardt sat outside of the stone inn with a mug of coffee in hand, staring at another part of the city on the other side of the river. The small branch allowed for easier access to what remained of the once great city, but it remained rarely used. Getting to the city to begin with was hard enough through the relatively safe mountain ranges. The river was dangerous. But then again, the entire part of the continent was dangerous.

That's why he was there to begin with.

He finished his coffee and stood up with a sigh, turning to walk back into the inn. The day had started and with the night finally fading, the worst of the Wilds had returned to whence they came. Now his client could do what she ventured there for. Honestly, it didn't matter to him what she wanted to do. He was simply hired to protect her against the dozens of creatures that wanted to kill her.

He returned to his room and suited up. His armour was donned and his belt was fastened around his waist. He adjusted his weapons then finally picked up his bolter, holstering it on his back. This tropical climate was hell for him, but hopefully the lighter armour would make it easier for him.

With Everything set he locked his room and headed down to the ground level to wait for his companion.

It belongs in a museum! Sorel's first few expeditions had paid off nicely -- nicely enough that she could afford to pay back the loan from her grandfather, buy some new equipment, and hire a proper guard for her travels, rather than relying upon her brawny but rather dimwitted cousins. Ivan and Nils had returned to their rather dull little lives in Nal Sur, offloading cargo in the family warehouses or whatever it was that populated their days. Now, she was traveling far from home, suffering a tropical climate for what her friend Quintus had said was a rather promising lead.

She had bathed with a cloth in the sink, drank some cool water, and broke her fast with a light meal of toasted flatbread, cheese, and some kind of peppery vegetable. She hadn't asked if it was local; she didn't much care. Sorel didn't plan to make her home in this place, with its disagreeable climate and murderous wildlife, and so she didn't pry too much into the finer details. Her focus was on meeting basic needs and planning for the expedition.

After her morning preparations, she dressed in a lightweight linen shirt as a concession to the heat, flexible leather pants and boots with her gloves tucked into her back pocket. Her satchel of tools was slung across her torso and she topped it off with a wide-brimmed hat that would shield her from the sun, if not from the heat. Thus kitted out, she descended to the ground floor of the inn herself with her toolkit. "Master Veil," she said pleasantly, her voice sporting her charming brogue as she approached her traveling companion. "I hope you haven't been waiting too long. It's not far now. Maybe two hours' ride." She went to the door and pushed it open. The humid breeze surrounded her and she sighed heavily as she went toward the stable where their horses were tethered. She packed the toolkit into her horse's kit, then untied her horse and hauled herself onto it, settling into the saddle. She shifted uncomfortably; the journey had been long and she was saddle-sore, but it was better than walking.

As they made it onto the road, Sorel shifted her hat to an angle to block the sun from her fair skin. "It occurs to me, Master Veil," she said, glancing at him briefly as she adjusted her grip on the reins. "I don't know very much about you. How did you come to be in this line of business? If you don't mind my asking."

Bernardt was seated by the bar counter, helping himself to some breakfast. By the time she was done, he was finished and getting ready once more. He turned to look at the woman as she greeted him, regarding her attire. In all honesty, his practical mind was shouting at her to get something more defensive, but she would probably fare better than him with the heat. But there was something else to it. Her overall appearance reminded him of another person from his past...

"Not at all." he spoke as she approached. "If the stories I heard about this place are true, then I think you can put another two hours on that schedule." he quipped as he followed after her. "I hope you packed everything you need. This expedition might turn out to be quite harsh." he warned her. In all fairness, he could probably work on his tone. He was likely coming off as a lot more curt or colder than he intended.

He saddled up and holstered his bolter on his horse. It was an unfamiliar one, though thankfully it seemed rather calm with his presence. He didn't want to risk taking Mozart into the Wilds. This horse was quite expendable at the end of the day.

He checked his saddle bags, making sure he had enough provisions for the two of them, before lastly donning his cloak. He pulled up the hood to block out the sun then fell in beside Sorel as they made their way out of the town. The guards at the city's entrance halted them, but the guide ahead of them got them through. Bernardt fully understood the rather concerned look the guards gave them as they rode past.

On the route, Sorel decided to make some conversation. He didn't look at her, his eyes were simply locked onto the area around them. "I would be concerned if you did know a lot about me." he quipped with a small smile, a poor attempt at a joke. "I'm from Kriege. Being a Watcher is a great honour for my people. As for being this far away from the Provinces, that is rather new. I've read and studied about the Lantheri Wilds quite often, but this is the first time I've been here in my life." he explained as he looked around.

He finally glanced at her for a moment. He had to admit that he was curious about her as well, but at the same time he didn't want to pry too much. He doubted that the two of them would meet often after this, anway.

But anything was better than awkward silence, so he humoured her. "And you, miss Sorel? How did a lady from Nal Akima end up hiring a professional monster killer for an expedition in one of the most dangerous areas in the world?" he asked her, resting an arm on his saddle horn as he glanced at her once more.

It belongs in a museum!

Sorel didn't react when the guardsman corrected her time estimate. Perhaps he was right; perhaps she was. In either event, they would arrive at their destination when they arrived. She allowed herself a little more reaction when he spoke of his role as a Watcher. She was not especially well-versed in the nuances of the culture of Kriege and the area. She had traveled through on a trading convoy, but the pace was such that she did not have the time to absorb all that she may have wished. Still, it was clearly a position that he was proud of, which spoke to something in Sorel. It sounded honorable, and she chose to believe it was rather than pry and find that her trust was perhaps misplaced.

"We are both far from home, then," Sorel observed as the horse plodded along. Her shirt was already starting to cling to her back where sweat was beginning to bead between her shoulder-blades.

"Me?" she echoed when he asked about her reasons for being there. "It's not that interesting," she replied, canting her head to one side so she could take in the plant life with her gaze. "I've recently taken an interest in ancient civilizations. Their artifacts and buildings and things like that. A friend of mine -- I should say a colleague, perhaps -- suggested that there might be something out here worth seeing, but insisted that it was too dangerous for me to go alone. A short review of the available materials confirmed that it was not the kind of place I should be without some kind of support. Although there are some who would think that description applies to anywhere aside from home."

Despite the heat, a shiver raced through her, causing an acute ache in her upper chest, the ghost of a healed injury that served as a painful reminder of how dangerous the life she had chosen for herself was.

"My previous companions were unavailable," she continued, squeezing her blue eyes shut for a moment before opening them again, the cool blue taking in the road that stretched out before them. "And you came highly recommended, and so far it's been worth every coin." Sorel flashed a friendly glanced over at Veil briefly. "It's worth it to have someone interesting to talk to on the way there and back, too."

Sorel started to explain how she ended up in her current situation and Bernardt paid close attention to what she said. He chuckled a little at her words. "Good thing you listened to the warnings. From what I heard this place is a nightmare." he commented before taking a sip from his water skin.

He looked around for a bit, but glanced back at her as she spoke to him again. Her compliment brought a cheerful laugh out of him. "I'm glad you at least find me interesting, Miss Sorel." he admitted. "I will say, though, you found a Watcher that at least can talk. Some of the other Knights in the Order can be rather stale conversationalists." he joked as he looked around again. He was greatly enjoying her company, he had to admit. He hadn't had a conversation like this in a long time...

A disturbance in the trees caught his attention, and he quickly whistled lightly to get the attention of the others in the group. The massive trees to the right shook and shuddered. Bernardt brought his Bolter up and got ready to fire. However it quickly lowered when the creature in the thick treeline presented itself. An enormous behemoth passed through a gap in the trees and slowly wandered towards the road. It paid them no mind, not even acknowledging them as it passed them not even a dozen meters away.

Bernardt was frozen in place, mouth hanging open. The monster was as big as a mountain! Yet it didn't even look at them. It calmly wandered over the road and entered the treeline on their left. It disappeared out of sight and the shuddering trees indicated it was moving away. Oddly enough, none of their horses were even startled or bothered.

He finally snapped out of his trance and looked at Sorel. "You wanted to see what the Wilds had to offer, right?" he asked her, giving a smile that reflected clearly just how shocked he still was by what he saw.