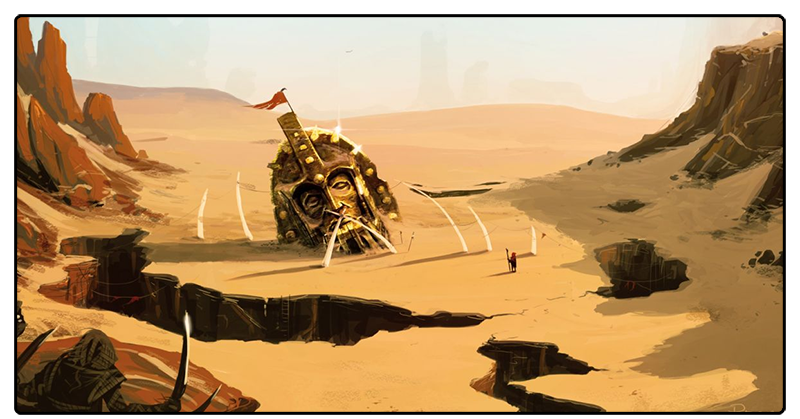 East of the Empire, across the isthmus that touches the bottom of Venisia's crescent, sits a land of vast desert. Its people are as ancient and storied as the Empire itself. Natural travelers and explorers, they've traded with the Empire since the days of its conception. Unique to Avsolom, they've never had an official unified government or ruling body aside from when they were under Imperial control. Home to diverse groups of primarily nomadic people, the power structure is in a constant state of upheaval and the lands have been dubbed The Cathwa Nation.

Life among the peoples of Cathwa is uniquely free. People choose their own families and vocations. Without government there are no written laws or enforcement that hold sway across the continent. Criminal activities, such as theft and murder, are dealt with accordingly from community to community. Though certain groups may choose not to take from or inflict harm upon one another, they hold no expectations of others. Any existence you can make for yourself is an acceptable one, some choose lives of servitude in exchange for protection and sustenance among the desert people.

The Cathwa Nation is home to people of many different cultures, faiths, and ideologies. Though it is home to the most diverse population in Avsolom, over the years its people have come to share a similar set of values. The philosophy at the core of the desert people is one of enlightenment through adversity. Life's pursuits are fraught with challenges to be overcome, and for the most part the people take them in stride. The many perils of daily life have led many to favor simplicity over extravagance.

Because each day could be their last, many of the people have no time for politics or bureaucracy. There is little pride and fewer egos to hide behind in their struggle for survival. Thus, what free-formed governance does occur tends to be meritocratic. The best person or idea is valued far more than any sense of tradition. This has also engendered a culture of free thinking and vigorous debate. The people don't just talk of their ideas though, the freedom offered by The Cathwa Nation leaves them in a unique position to live those ideas, should they so choose.

The Cathwa Nation benefits from a Darwinist balance keeping everyone in check.

The communities consist of many groups of warlord, mystic, and merchant-led families that function similar to cooperatives. These are referred to by outsiders as tribes, although the interplay of their politics is sometimes referred to as The Cathwa Nation. Nomadic, they often travel from oasis to oasis, fighting or bargaining over the ground they cover.

No two groups of people are the same, and how each is governed differs greatly from community to community. Some rely on a singular leader (often the best suited for leadership, protection, or simply someone who exemplifies the family's values the most). These can be great warriors, enlightened thinkers, spiritual leaders, or those suited to the administrative/managerial duties required by the family. Other families lead collectively as equals, while others leave their leadership to chance, hoping their chosen leader(s) will rise to the occasion.

Though each community is unique, a place among them must be earned. Those who cannot find ways to contribute to the group are left to fend for themselves. Though life on one's own is perilous, many of the desert folk are strong-willed and self reliant, and it is not uncommon to see lone travelers or partners making a life for themselves.

On a grander scale, the various groups of the Cathwa have been known to band together out of opportunity or necessity. In more recent years, this has led to the absorption of many war-like tribes of raiders and corsairs working alongside merchants to make a bid for land and resources in the archipelago. Such cohesion among the Cathwa has not been seen since the days of the Empire, when they first won their freedom.

1. There are six (6) oases on the desert continent three of which are larger and more prominent stops in the sands. Binwi, Abori, and Cobul. They are known collectively as The Six Oases. While the tribes fight over minor oases and watering holes, the three major ones are typically held as neutral ground. That doesn't mean fighting does not occur there, only that it is unlikely to. Some of the most magnificent architectural structures are built among these oases, many products of the Empire during the height of its glory.

2. The Shifting State. A city in a constant motion, It is a large caravan moving across the desert. Serving as a place of respite for lone wanderers, outcasts, and smaller troupes. Occasionally visited by larger groups in need of supplies or people with particular skills. The main portion of the caravan is magically imbued amalgamations of and technology, consisting of self-propelled floats and large wheeled carts that allow them to navigate across the sands quickly.

3. Setasut. A coastal city at the mouth of the Gemet River. One of the most bustling cities in Avsolom, full of trade from all over the world. Here merchants and warriors not suited to the harsher life of a raider cut out an existence for themselves. Merchants with the most power and influence tend to run the show. They hire mercenaries to protect themselves and allow for trade to flow mostly unhindered. This loose governing body is kept stable by a desire for trade and wealth. The city itself consists of multiple eras of architecture built atop of one another.

4. Tonoyana. This city sits at the base of the mountains near the banks where the river feeds Cathwa’s lake. It is one of the few places in Avsolom where the original architecture of the desert people can be found, undisturbed by the Empire. Here the influence of the Myst is weak, an entryway hidden within. For reasons unknown, those who stay in the city are visited with great fortune and insight. Many mystics call this place home, and through their joint efforts it is one of the most well-guarded places in all of Avsolom.

5. The isthmus that connects the desert to Venisia when the tides are low is not a city per se. It is home to a great fortress built by the Empire, meant to be the entryway to the desert. Many traders, corsairs, and warlords conglomerate around here looking to strike out into the Empire and its states for plunder, trade or opportunity at life beyond the sands.